Australian Shiraz: Too Good to Pass Up

You can’t always predict which wine will be the showstopper at a tasting. Might tasters be enthralled by the honeysuckle nose of a heady Viognier? Fall under the exotic spell of an earth-driven Carmènere? Be seduced by an inky, blueberry-scented Petite Sirah? Or would they stay true to their first love and peg the Cabernet as their favorite? 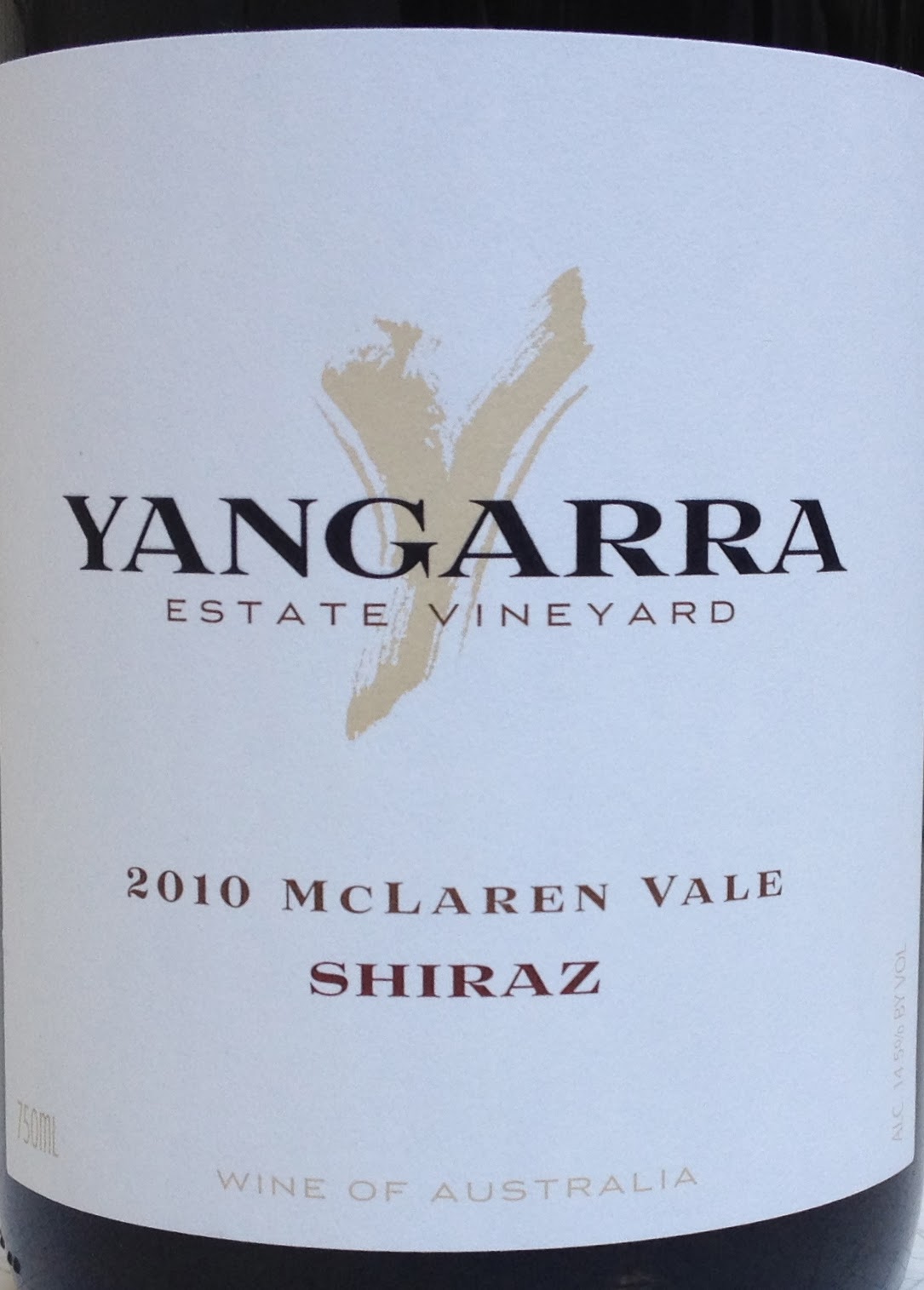 On Oscar night, a fun-loving group of family and friends chose an Australian Shiraz as their favorite,
the 2010 Yangarra McLaren Vale.

Except for one lady who preferred the Carmènere, the Yangarra Shiraz had the rest of them at first swirl. With its pretty nose of blackberries and violets, this Shiraz had grace and complexity on the palate with fine tannins. A solid acid backbone and a mineral streak added freshness and vigor, making this Shiraz a great pairing for a variety of dishes beyond the usual lamb, game, cheeses and hearty meat dishes.

While many Shiraz producers from the McLaren Vale region near Adelaide make warm-weather wines in the southern Rhône style, the Yangarra Shiraz leans more to the cooler-climate style in its balance and elegance. Rich, but not overextracted, this Shiraz commanded each taster’s interest and didn’t let go.

For reasons that escape this Syrah-maven, Syrah, called Shiraz in Australia and other parts of the New World, is struggling. American consumers have found a new love in Moscato. Hearts still beat wildly for Pinot Noir and a sizeable number of wine drinkers remain forever in love with Cabernet and Chardonnay. Through it all, Syrah has somehow been left at the station, notwithstanding the amazing stateside wines made from that grape in Washington, Napa, Sonoma and the Central Coast.

Over in its native Northern Rhône homeland, Syrah makes world-class, full-throttle reds as in Hermitage and Côte-Rôtie. Prices are steep, but are generally more accessible than higher-tier and far-better-known Burgundy and Bordeaux.

Syrah/Shiraz has a long history in Australia with Penfolds Grange and Henschke setting the bar. Other outstanding and consistent Shiraz producers include Heathcote, Mollydooker, Elderton and Schild, all of which you can find locally from time to time. Don’t miss them.

The 2010 vintage was an excellent one for McLaren Vale and Barossa red wines, and a welcome change after years of drought. Better yet, the 2012 vintage looks even more promising for reds with concentration and finesse. Wines from this later vintage are turning up at wine shops, and are well worth your wine spend.

Yet, perhaps in part due to confusion regarding its different name, Aussie Syrah/Shiraz has fallen off the radar of many wine enthusiasts. That’s a lot of terrific wine that isn’t being drunk, shared and savored.

Case in point: Although the wine-savvy tasters who enjoyed the Yangarra best of all belong to wine clubs and know good food, no one recalled ever having ordered Shiraz or Syrah when they dined out. My hope and bet is that they’ll be looking at the wine list in a different way now. And maybe next time, they’ll choose a bottle of Shiraz – or two. In wine, life is more than a Cabernet.
Posted by Till at 2:01 PM