It seems as though not a week goes by without a story that links a health benefit to wine. Whether it’s stronger bones, a lower risk for dementia or fewer heart attacks, one lingering question remains: Is the benefit in the beverage or the wine drinkers’ lifestyle? 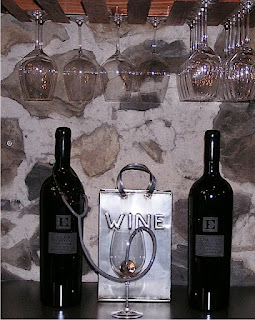 Wine drinkers, it turns out, are different. Regardless of country of origin, wine drinkers stand apart from those who prefer to imbibe beer, spirits or not at all in many ways.

A 2001 Danish study of nearly 700 moderate drinkers between 29 and 34 years of age found that wine drinkers in that group had higher IQ scores and enjoyed better socioeconomic status compared to beer drinkers. The study also looked at measures that indicated personality and other social traits, and ranked wine drinkers’ scores as optimal and beer-drinking groups as subpar.

Not yet convinced? The following year, a study looked in on 4,435 men and women enrolled in the University of North Carolina’s Alumni Heart Study. This older group reported alcohol and food intake, further sorted by fruit, vegetable and red or fried meat consumption. Participants were asked about saturated fat, fiber and cholesterol intake as well as dietary supplement, smoking or tobacco use, exercise, body-mass index (BMI) and socioeconomic markers such as income and education.

Responders who named wine as their alcoholic beverage of choice reported healthier habits than spirits and beer drinkers. Wine drinkers ate better diets that were richer in fruits, vegetables and fiber. They also got more exercise and were less likely to smoke. Compared to other types of drinkers, those who chose wine consumed less saturated fat, cholesterol and drank less total alcohol.

So does protection from disease track back to wine or healthier habits? A 2012 study from the University of Texas and Stanford University attempted to answer that question. They followed a group of 802 adults over 20 years, all of whom were 55-65 years of age when the study began. Only abstainers or moderate drinkers were considered. Drinkers ranked their alcoholic preference as high or low in wine.

Compared to abstainers, moderate drinkers in both wine categories fared far better in terms of overall survival over the two-decade period. However, once results were controlled for other lifestyle factors such as diet, tobacco use and exercise, no such advantage emerged. The authors concluded that, at least for older adults who were moderate alcohol drinkers, wine drinkers’ apparent longevity benefit appeared rooted in other health-promoting lifestyle factors, as opposed to wine drinking itself.

The Centers for Disease Control may have summed it up best in a 2011 report that drew little fanfare. Their study identified four healthy behaviors associated with living a longer, healthier life:

Future studies will continue to weigh the role of wine, alcohol itself and other factors to healthier living. For now, it seems fair to say that wine drinkers are indeed different, and those differences themselves may provide the lift for wine drinkers’ health and survival benefits. But before you pat yourself on the back with a vive la différence, dig deep into all the other health-promoting behaviors that might spare you from the burden of chronic disease, and help you to live a longer, more robust life.