Nothing quite prepares you for wine touring in northern Spain’s La Rioja region. Not years of winery hopping all along California and the Pacific Northwest to Mendoza, Argentina. Not even Italy and France, which have their share of winemaking quirkiness and peculiar centuries-old traditions that somehow culminate in heavenly juice. 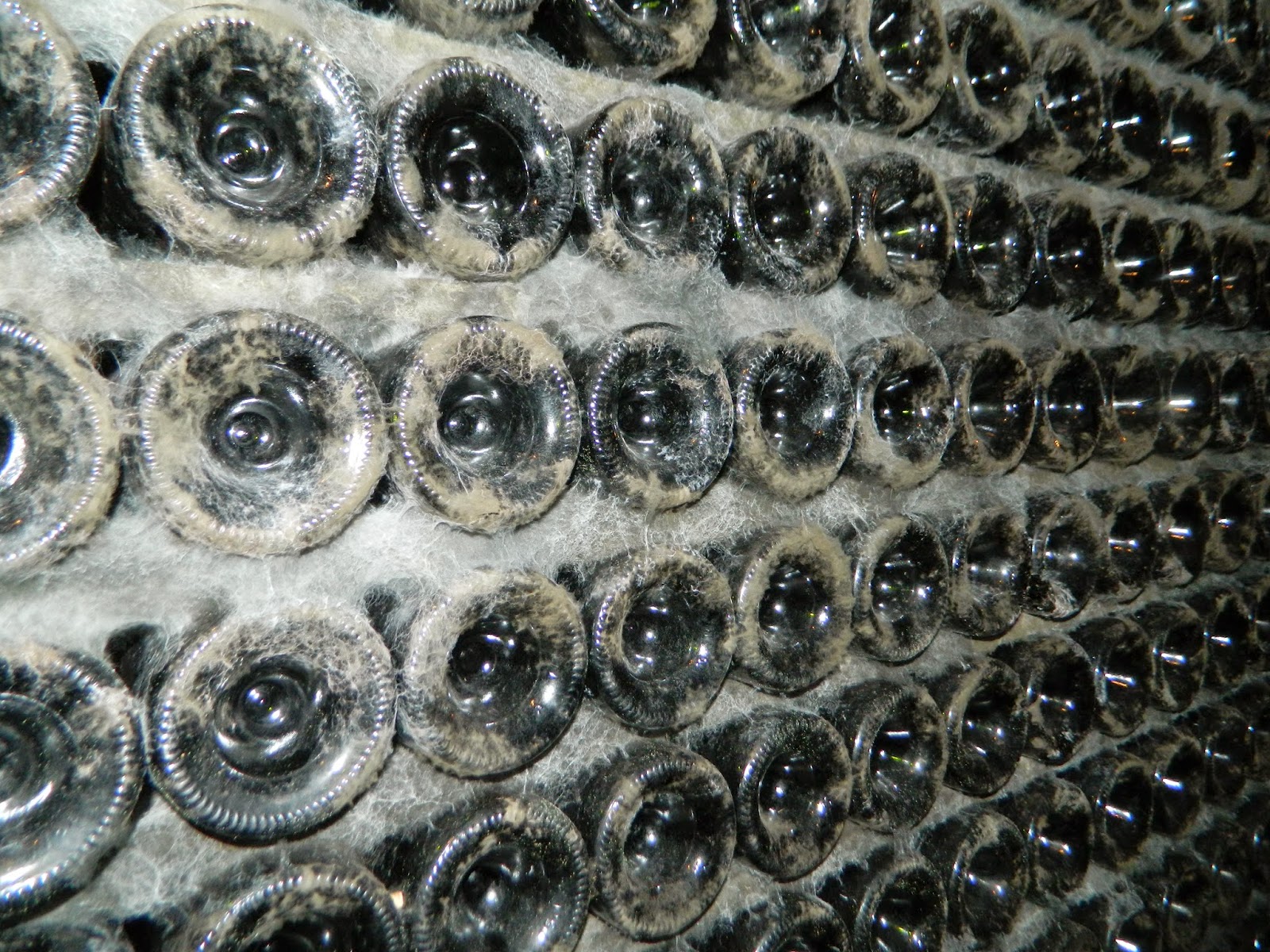 Old wine bottles in the cellars of CUNE winery in La Rioja, Spain.

La Rioja is where mildew and modernism co-exist. By morning, visitors can course through the city of Laguardia’s old and musty labyrinthine underground tunnels and cellars and segue to a spectacular lunch that afternoon at a futuristic architectural wonder and Michelin-starred winery restaurant that is as modern as modern gets. 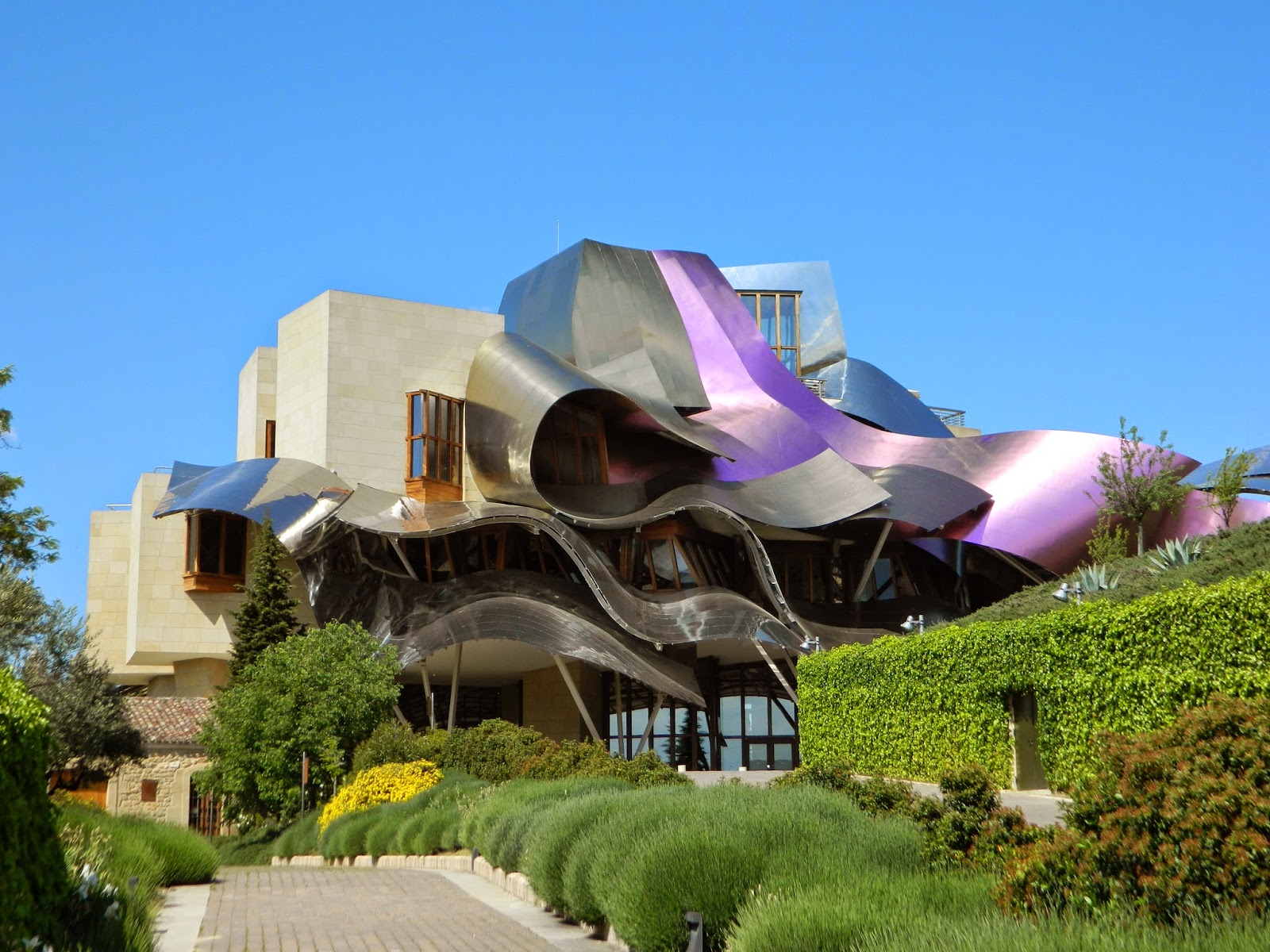 The Compañía Vinícola del Norte de España, better known stateside as CUNE, is a fifth-generation winery in the heart of Rioja Alta that has fine-tuned the balance between the old world and the new. Founded in 1879 by the two Real de Azúa brothers, the winery is situated at the old train station that connected historic Haro, the first town in Spain to have electricity, to Bordeaux. The French connection revolutionized Spanish winemaking at the end of the 19th century when Bordelais winemakers, seeking new winegrowing terrain following the decimation of their vineyards by Phylloxera, were welcomed by the Spanish with whom they shared new winemaking techniques and expertise, especially regarding oak aging. 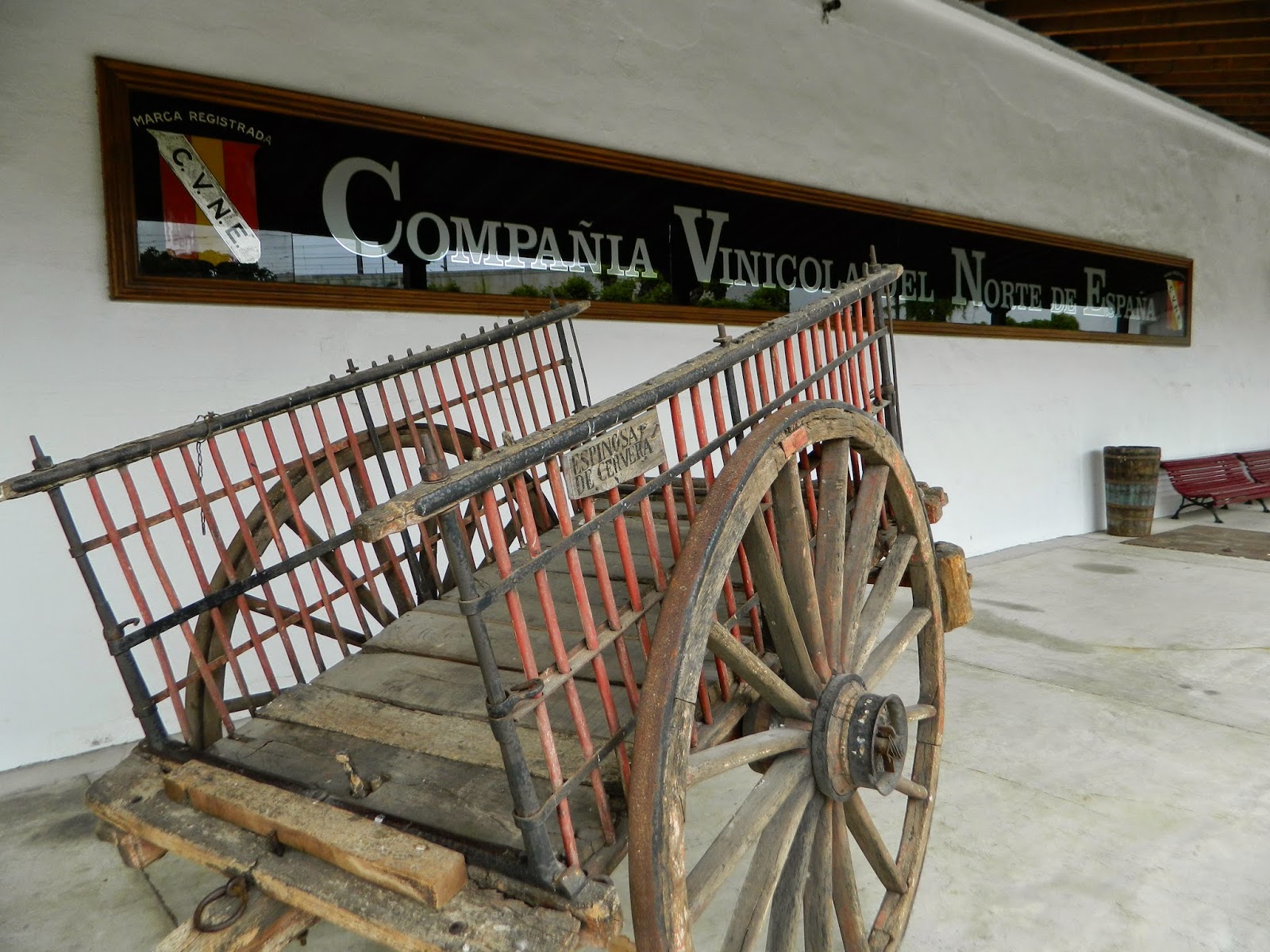 The CUNE winery includes a barrel room designed by Alexandre-Gustave Eiffel that lacks traditional columns to support the roof, thus providing an open design that allows for more efficient and easier barrel movement and management. 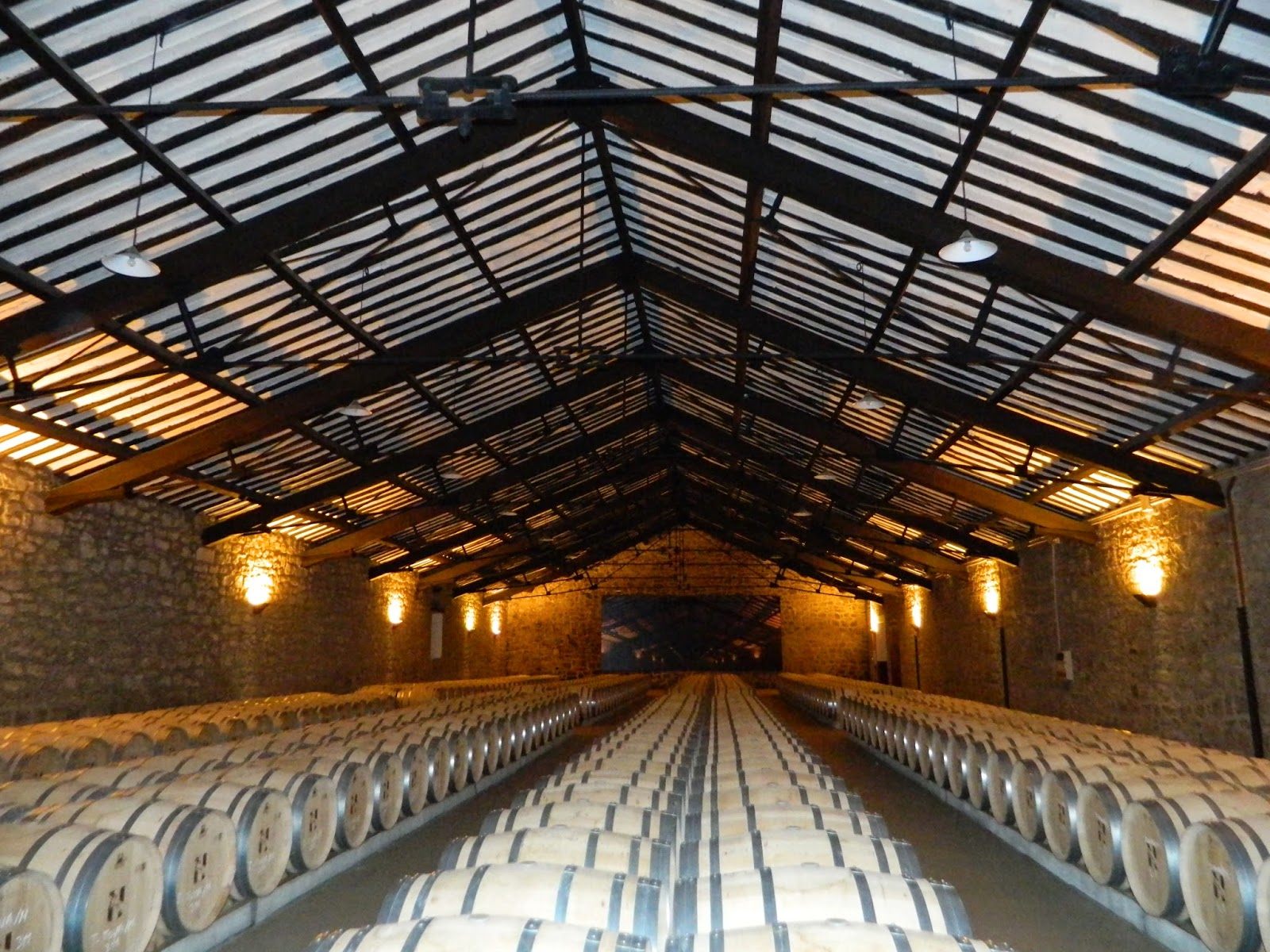 Today’s CUNE red wines include a Crianza, Reserva and Gran Reserva, aged at least 3, 4 and 5 years total, respectively, which occurs both in barrel and bottle according to the regulations for this DOCa (Denominación de Origen Calificada, Spain’s highest quality designation). Red wines are exclusively made from Tempranillo, Garnacha (red Grenache), Graciano and Mazuelo, also known as Carignan. The CUNE rosé, called rosado in Spain, is made from 100% Garnacha.

Monopole is CUNE’s white wine, made mostly with Viura (Macabeo) and small amounts of floral Malvasia and Garnacha Blanca (white Grenache). Produced since 1915, Monopole is Spain’s oldest white wine brand. Its freshness and versatility with food have made Monopole a popular wine choice at both our Cooking with Class wine pairing dinners and at the school’s sister restaurant, Cork & Fork.

The Imperial label is a CUNE classic that is made only when the vintage is declared as exceptional. Made only as Reserva and Gran Reserva wines and aged in new French and American oak, Imperial is now more highly sought after than ever since the 2004 Gran Reserva was named the 2013 Wine Spectator top wine of the year.

At a recent tasting at the winery, a group of us chipped in for a bottle of the 2007 Imperial Gran Reserva. With its spicy black cherry fruit, the wine demonstrated Tempranillo’s classic age-worthy and food-friendly acidity with notes of tobacco and leather. At 13.5% alcohol, the wine showed impeccable balance and was a special, savory treat to share with new friends. 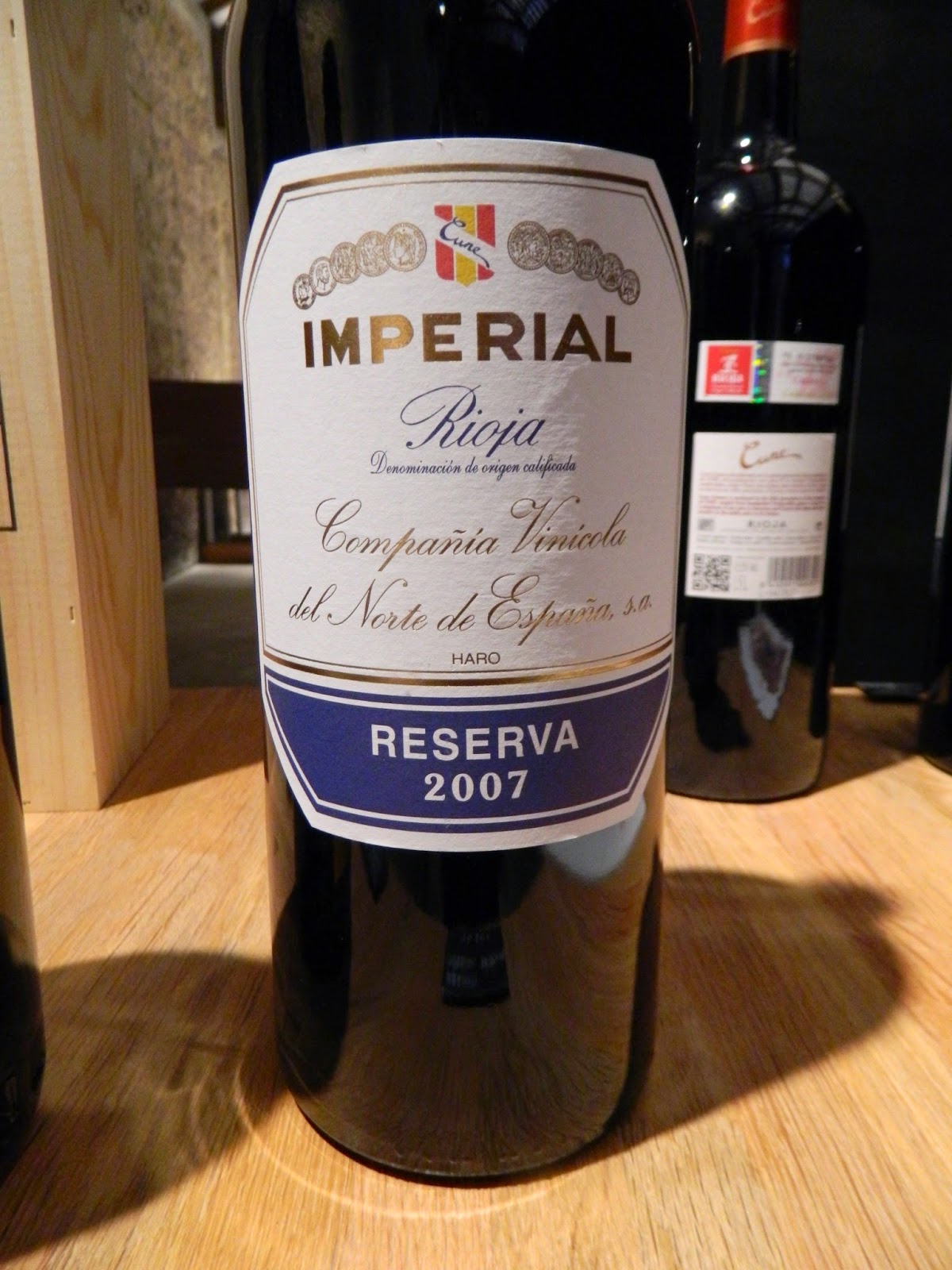 The 2007 vintage was ranked as muy buena (very good) in La Rioja – we agreed.

Since 1994, CUNE also makes Real de Asúa, a tribute to the winery’s founding brothers. Made from 100% hand-picked Tempranillo, Real de Asúa is fermented in small oak casks and aged in French oak barrels.

Other CUNE labels are Viña Real, Pagos de Viña Real and Viñedos del Contino, all from Rioja Alavesa. The Vina Real winery near Logroño, inaugurated in 2004 by King of Spain Juan Carlos I, is considered one of the most modern in Spain. In contrast, Viñedos del Contino is situated in a 14th-century manor, the first château-style design in La Rioja, along with some of the oldest indigenous Graciano vines.

When conditions are right for the development of Botrytis, CUNE also produces a small amount of Corona, a semi-sweet wine.

Now that more people are familiar with CUNE and Imperial, remember that in vintage years that are considered good but not exceptional, the grapes that would have gone into the Imperial Reserva and Gran Reserva bottlings are used instead to make the CUNE Crianza, which we proudly serve at Cooking with Class and Cork & Fork. Those wines might be some of the best values from La Rioja.

Stay tuned for more Spanish wine and travel tips coming soon. We’re also cooking up some new surprises for you at our next Cooking with Class food and wine pairing dinner on Sunday, May 25th at 6 pm – hope to see you there.
Posted by Till at 7:58 PM