According to a massive body of research just released by Australia’s University of Adelaide, Tempranillo tops the list of wine grapes whose worldwide plantings have risen the most in the past decade. 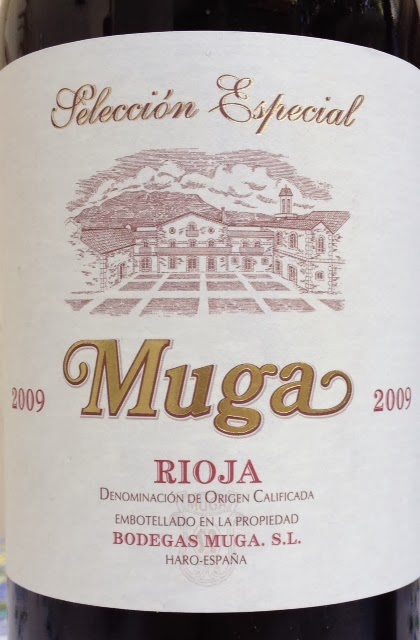 The groundbreaking report, 670 pages in all, gives a first-ever account of the world’s wine grapes and regions using statistics compiled from the 44 countries that account for 99% of global wine production.

This news may not come as a surprise to the many winemakers across the United States who have taken a shine to Tempranillo. Since Clos du Bois first bottled Tempranillo as a varietal wine in California in 1990, plantings have spread to states with radically different soil types and climate, from Napa, Arizona, Washington, Texas, Oregon, and Paso Robles to Virginia, Santa Barbara, Idaho and the Sierra Foothills. And that’s not to mention a rising tide of Tempranillo coming from Mendoza, South Africa and Australia's Barossa, McLaren Vale, Adelaide Hills and Hunter Valley.

Since 2006, Tempranillo has also had its own non-profit trade organization, the Tempranillo Advocates, Producers and Amigos Society known as TAPAS. The society now represents more than 100 wineries, growers and, as the name winsomely implies, amigos. Together, they aim to promote not only Tempranillo but also other native Iberian grape varieties and the wines produced from them in North America.

And just last month, Wine Spectator magazine gave a grand toast to Tempranillo, awarding the 2004 Cune Imperial Gran Reserva as its 2013 top wine of the year.

An early ripener – “temprano” means “early” in Spanish – Tempranillo doesn’t require long, warm and sunny growing conditions that Cabernet and other warm-climate grapes prefer. In its native Spain, Tempranillo grows in diverse terroir where it not only gives rise to many stellar wines – from Cune, Vega-Sicilia, Marques de Murrieta, Muga and Pesquera, among others – but also delivers some of the top red wine values.

Tempranillo is no stranger to Spain’s neighbor, Portugal, where Tempranillo goes by the names of Aragonês and Tinta Roriz (in the Dão and Douro regions) and adds backbone to a variety of Portuguese table reds, as well as to Port.

Tempranillo grows well in sandy or clay loam soils, where vines can produce large crops up to 12 tons per acre, although such yields generally produce low-acid wines that lack concentration, flavor and color. Whereas a chilly springtime can put other red grape crops at risk, particularly during the critical bud-break period, Tempranillo is more tolerant of colder temperatures. As the grapes mature, Tempranillo also proves its mettle with its tough skin and tenacity on the vine. And while Tempranillo is susceptible to both major forms of mildew that can affect grapes, it resists rot. To vintners, Tempranillo is like the well-behaved child who doesn’t require a lot of parenting.

In the glass, Tempranillo often shows aromas and flavor that are more savory and earth-driven than fruit-dominant. Although flavors such as ripe plum, blackberry and, in some cases, bright red fruit shine through, much of Tempranillo’s appeal rests with its tobacco, leather and even cocoa notes. When these flavors are complexed by a beam of savory herbs, this umami-rich profile is known as balsamico. Combined with an underpinning of minerality and food-friendly acidity, Tempranillo delivers mouthwatering, satisfying pleasure.

Trend-spotters have attributed Tempranillo’s rising star to the growing popularity of tapas and Spanish-style cuisine. While Tempranillo pairs beautifully with tapas that feature ham, sausage, pork and savory elements, the wine is also versatile enough to enjoy with a variety of cheeses, stews, braised meats, pasta, pizza and vegetable dishes. Lighter-bodied versions can also accompany fish. 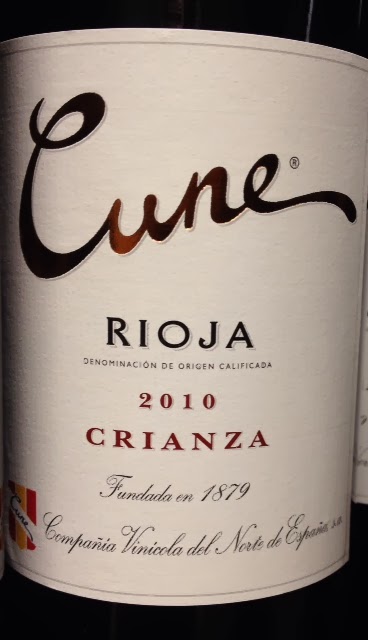 Chef Dave Schy's chicken mole was a perfect pairing for this Tempranillo at last night's food-and-wine fundraising event for the Palm Springs Art Museum at Cooking with Class.

Cabernet Sauvignon may have claimed the #1 spot as the world’s most widely planted grape in the Aussie study, but Tempranillo has outrun many other up-and-coming wine grapes in vineyard volume over the past decade, including bigs such as Syrah and Chardonnay.

Let us know about Tempranillo you’ve found and enjoyed (or not) in the comments. We’ll be serving it at another Cooking with Class food and wine dinner soon, and you’re sure to find it next door at our small-plates restaurant, Cork & Fork, too.
Posted by Till at 5:18 PM