Argentina, Part 1: The Rise of Malbec


Argentina is standing tall. As the fourth-largest source of wine imports to the United States, Argentina's value wine exports have surged ahead of those from neighboring Chile. That means some good drinking awaits Malbec lovers. 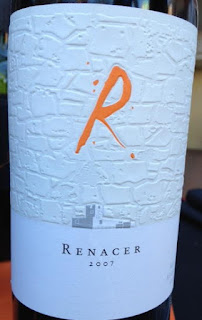 Rather than the one-note samba that some believe Malbec to be, this focused tasting allowed trade members to sample the country's signature red made from grapes grown at different altitudes, a range of terroirs and as expressions of the country's diverse winemaking styles. Oak treatments were hardly uniform, from unoaked, stainless steel versions to the fully wooded. Some wines were outright floral, while others had an effusive plummy or berry-rich profile. Weight and texture also varied, although most wines were racy with balanced fruit and only moderately aggressive tannins.

Although Malbec took center stage, producers offered excellent examples of wines made from other grapes that thrive in the vast country's diverse climates, altitudes and soils. In Part 2, we'll report on Argentina's sparkling, white and red wines that nearly stole the show.


* All prices are estimated retail and may vary depending on sales outlet and location.