With Chef Janet Ebright churning out one fabulous dish after another, our Cooking with Class spring dinner and tasting of Trader Joe’s wines was a home run. Not that I wasn’t a bit nervous about it beforehand, because I was.

The source of my jitters: all the empties plonked down behind the school’s demonstration kitchen, most of which were the TJ wines that didn’t make the cut. It wasn’t a pretty sight. Night after night and with high hopes, my co-tasters and I had tasted through all of them, kissing a lot of frogs. Finding bottles on a budget that would be worthy of Chef Janet’s food and effort, and that would uphold my wine cred, turned out to be tougher than I thought.

Undaunted, we found wine redemption, charging through the TJ aisles to find these five winners you too might want to try or share proudly with friends.

We began with bubbles, of course, giving the value nod to the Freixenet Cordon Negro Brut Cava. Housed in a classy frosted black bottle, this Spanish sparkler – made in the traditional style used in Champagne but with native Spanish grapes – pours with a fine mousse, delivering refreshing citrus and peach flavors with a hint of nuts and flowers. Paired with the mixed charcuterie platter that had everyone abuzz, this lovely bubbly makes a perky partner for other appetizers and light dishes (tempura is especially divine). It flies solo too, a fitting companion for the warm days ahead. For only $8, it will beautify your table any day of the week or, at this price, you might find yourself reaching for it all week long.

This taste of Latour delivers at Trader Joe's.

Next, we uncorked the Maison Louis Latour 2013 Grand Ardèche Chardonnay, a $9 steal that often sells for two or three times as much. Diners who were not fans of Chardonnay were instead asking for another taste of this juice. Medium in body, the Grand Ardèche has lovely balance with citrus and apple fruit, a touch of oak and bracing acidity. Try it in honor of the recently passed Louis Latour, who ran the tenth-generation company from 1958–1998, the sixth Latour named Louis to do so. He saw the promise of the warm Ardèche region south of Beaune, where he expanded the business and built a winemaking facility in 1986. Merci, Monsieur Latour. 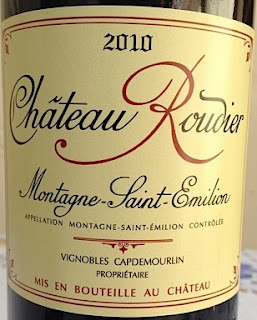 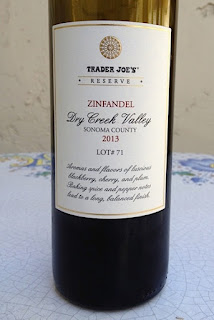 ese two bottlings brought big smiles to the red wine lovers.
Whoa, you might wonder at first, good 2010 Right Bank Bordeaux at TJ’s? And what, for $13? Yup. Though lacking the conversation-stopping complexity of pricier Bordeaux, the Château Roudier allows you to experience one of the best Bordeaux vintages in the past 20 years at an everyday price. The wine shows characteristic Saint-Emilion dark, plummy fruit with cassis flavors and a velvety texture. Drink this one now and over the next 1–5 years with a grilled steak or, at this price, your favorite hamburger, pizza or steak sandwich.

The second red for the main course was just as popular as the Château Roudier, if not more – Trader Joe’s Reserve 2013 Dry Creek Valley Zinfandel, Lot #71, one of TJ’s new tiers of wine. Medium in body, this Zin had plenty of Zinny character without the harshness and raisiny overripe fruit often found in low-priced bottlings.

To finish with a perfect ending, Chef Janet dazzled everyone with a luscious dessert that featured different elements that all go well with Port – walnuts, blue cheese (Gorgonzola, in this case), pears and chocolate. 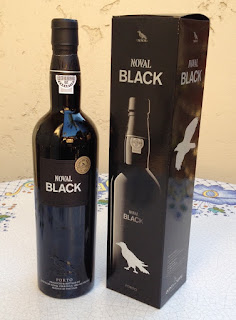 The final tasting treat was the Noval Black Porto, an absolutely lip-smacking Port in the fresh and fruity ruby style. Much like the ‘I don’t like Chardonnay’ drinkers who were clamoring for more of the Grand Ardèche, the non-Port drinkers were dumbstruck to have found a new drinking buddy, especially for only $15, nearly half of the usual retail price. Housed in a slick black box, this wine, like the Cava, makes a terrific gift. Just remember to keep your opened, tightly corked bottle in the frig at home and nurse it to emptiness over the course of a week or two.

An honorable mention must go to one of my TJ favorites that wasn’t in the tasting but easily could have been: the Marques de Caceres 2014 rosé from La Rioja. This fruity Tempranillo-based beauty is a must-buy every vintage. With its screwcap and a $7 price tag, you can savor a taste of springtime all year long.

In the next installment, we’ll discuss TJ’s new tiers of wine and offer a few conclusions. Meanwhile, let us know your favorite TJ wines in the comments section. No slams, please.

Lastly, join us for our last food and wine pairing dinner of the season on Saturday, May 21st starting at 6 pm. Even though it won’t be Trader Joe’s, you can be assured of going home happy, well-fed and juiced about your evening’s food and wine adventure.
Posted by Till at 5:10 PM